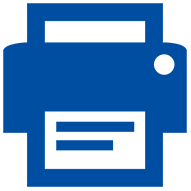 
Hibiki Oshima was born in Yokohama. At the early age of eleven, she had made up her mind to get to know Europe and its culture, and a year later she had the chance to implement this plan on a lengthy journey. These impressions led her to enrol at the Vienna University of Music and Performing Arts after completing her secondary education. There, her teachers included Rainer Küchl, Johannes Meissl and Avedis Kouyoumdjian. She has performed at numerous music festivals, including Wien Modern, the Pacific Music Festival, the Bienal Musica Hoje and ECMA in Switzerland. She completed her education by taking courses with Gerhard Schulz, Anner Bylsma, Hatto Beyerle and Heime Müller. In 2006/07 Hibiki Oshima was a fellow of the Herbert von Karajan Centre. She won the First Prize at the Chamber Music Competition Pietro Argento as well as the Second Prize and special prize at the Premio Internazionale di Musica “G. Zinetti”. In addition, she received the Eduard Söring Prize of the Foundation for the Support of the Hamburg State Opera in 2011. Her passion for chamber music and contemporary music led her to join ensembles such as the Hibiki Quartet and the Ensemble Platypus, with which she has presented numerous world premieres by young composers. After an engagement as First Concertmaster with the Württembergische Philharmonie Reutlingen, she has been section leader of the second violins of the Hamburg Philharmonic State Orchestra since 2010. When she is not playing the violin, she likes to cook and dedicates herself to her secret passion, paragliding.


Myung-Eun Lee was born in Münster in 1987 and received her first violin lessons at the age of four. From 1999 to 2003 she was a junior student with Alexander Kramarov in Dortmund and Düsseldorf, then moving on to the class of Mihaela Martin, who accompanied her from her first diploma to her master’s degree and artistic diploma. She gained orchestral experience through an internship with the WDR Symphony Orchestra, as a member of the Staatskapelle Berlin’s academy and a limited contract with the Berlin Radio Symphony Orchestra. Myung-Eun Lee won several first prizes as a soloist and with string quartets and has performed at such festivals as the Pablo Casals Festival, the Santander Music Festival and the Kuhmo Chamber Music Festival. She was supported by the Mannheimer Sinfonima and received a Kees Wibenga Scholarship. As a soloist, Myung-Eun Lee has performed with the Santander Festival Orchestra and the Bergische Symphoniker. She has been a member of the Hamburg Philharmonic State Orchestra since 2018.


Born in Regensburg in 1978, violist Thomas Rühl received his first violin and viola lessons at the age of nine. After graduating from secondary school, he began studying viola in 1998 with Gertrude Rossbacher at the Bremen Music Academy. In 2002 he took up studies with Barbara Westphal at the Lübeck Music Academy, where he received the artistic diploma in 2005 and a postgraduate degree in 2008, both with distinction. He attended master courses with Jürgen Kussmaul, Heidi Castleman, James Dunham and Walter Levin and received the award of the Marie-Luise Imbusch Foundation. From 2002 to 2005 Thomas Rühl was principal viola of the Junge Deutsche Philharmonie. An internship took him to the NDR Symphony Orchestra Hamburg in 2003/04. For six years, he taught at the Lübeck Music Academy; today he coaches for Jeunesses Musicales of Germany. Since 2006 he has been a member of the viola section of the Hamburg Philharmonic State Orchestra.


Saskia Hirschinger was born in Halle an der Saale in 1995 and took cello lessons with Tamara Steger from the age of five. In 2014 she began studying with Wen-Sinn Yang at the Munich Academy of Music and Theatre. She received important musical impulses at master courses with Wolfgang Boettcher, Frans Helmerson, Wolfgang Emanuel Schmidt, Jens Peter Maintz and Troels Svane. During the 2018/19 season Saskia Hirschinger was a member of the Academy of the NDR Elbphilharmonie Orchestra. She subsequently continued her master’s degree studies with Martin Ostertag at the Karlsruhe Music Academy. She also won several competitions and the award of the New Liszt Foundation in Weimar. Saskia Hirschinger was a fellow of “Live Music Now” in Munich and also won a “Deutschlandstipendium” scholarship. She gained orchestral experience as a cellist at the Stuttgart State Orchestra and as a substitute in the Frankfurt Radio Symphony Orchestra and the NDR Elbphilharmonie Orchestra. In March 2020 Saskia Hirschinger became a member of the Hamburg Philharmonic State Orchestra.

“Here we have leftist chaos instead of natural human music,” was the judgment of Pravda on Dmitri Shostakovich’s “Lady Macbeth of the Mtsensk District” in 1936. Ironically, Shostakovich, whose career was always influenced by political instability, uses a musical quote from this opera in his highly autobiographical String Quartet No. 8, one of the most frequently performed string quartets of the 20th century. Modest Mussorgsky’s popular epitome of programme music, a stroll through an exhibition illustrated by music along a route determined by the composer, complements the programme of the first Themed Concert, providing the framework for the highly topical lecture by climate scientist Prof. Dr. Bjorn Stevens: like religion, science tries to bring order to what would otherwise be chaos. Meaning to meaninglessness. Climate science, which has spent the larger part of two centuries trying to wrest order from the chaotic cosmos, is now in the strange position of having to predict chaos from order.